Items related to Omphalos: An Attempt to Untie the Geological Knot (Originall... 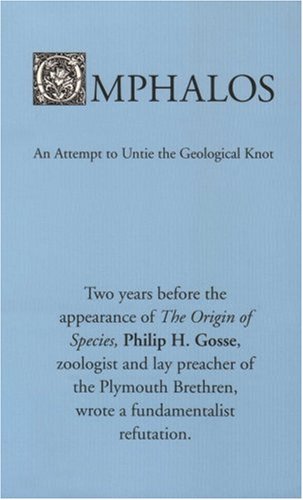 Unearthed after nearly a century and a half of obscurity, Gosse's (1810-88) attempt to resolve the conflict between 18th-century fundamentalist Christianity and the emerging sciences of evolution and historical geology. Here is the infamous, usually unattributed, contention that God created the earth five millennia ago, as in the Bible, with evidence of a much longer history, such as tree rings and fossils. Two years later Darwin published and the scientific community never had to take Gosse seriously. Even his fellow fundamentalists thought he was accusing God of fraud. The original illustrations and advertisements for his other books are included. Annotation c. by Book News, Inc., Portland, Or.

Omphalos: An Attempt to Untie the Geological Knot