Items related to Poems of Jerusalem and Love Poems: A Bilinggual Edition... 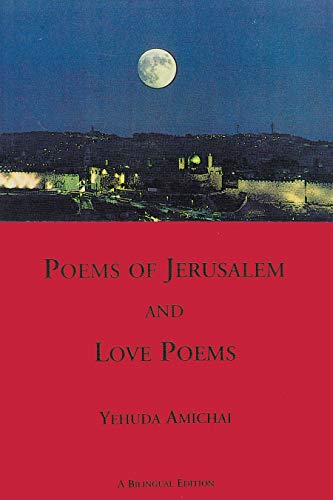 "The kind of resonantly simple poetry that is the work of a great poet."-- "The New York Times"

YEHUDA AMICHAI was born in Wurzburg, Germany, in 1924 and emigrated with his family to Palestine in 1936. Amichai published eleven volumes of poetry in Hebrew, two novels, and a book of short stories. His work has been translated into thirty-seven languages. In 1982, Amichai received the Israel Prize for Poetry, and he became a foreign honorary member of the American Academy of Arts and Letters in 1986. He lived in Jerusalem until his death on September 25, 2000.

5. POEMS OF JERUSALEM AND LOVE POEM

6. POEMS OF JERUSALEM AND LOVE POEM