Items related to Manchester: The Warehouse Legacy: An Introduction and... 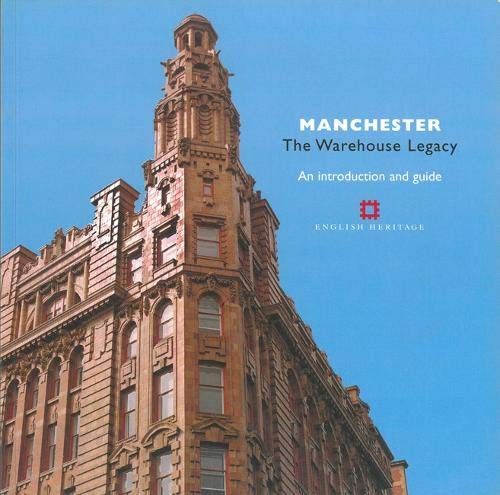 Manchester is known for its cotton mills, the Town Hall and its imposing commercial architecture, but it is textile warehouses that provide the distinctive element in its streetscape and make it unlike any other town in England. These warehouses were only built during the century following 1825 - a relatively short time in the history of Manchester - and were never found throughout the city. However they are intimately connected with Manchester's past position as the centre for the manufacturing and selling of cotton goods within England and to other parts of the world. Their monumental scale and sometimes exuberant architectural style dominate the areas of the town in which they are clustered. Nowhere else in Britain has there ever been such a concentration of buildings of this kind: the streets of the commercial quarter of Manchester are as distinctive as are those of governmental London.

This illustrated volume looks at Manchester, a city unlike any other English towns in that it still retains its warehouses. These buildings have an enormous impact on Manchester's streetscape. Writers contribute to describe the full range of Manchester's warehouses and their significance.

Book Description Paperback. Condition: Very Good. The book has been read, but is in excellent condition. Pages are intact and not marred by notes or highlighting. The spine remains undamaged. Seller Inventory # GOR003663068

2. Manchester : The Warehouse Legacy - An Introduction and Guide

Book Description Historic England Publishing. Paperback. Condition: Good. A copy that has been read, but remains in clean condition. All pages are intact, and the cover is intact. The spine may show signs of wear. Pages can include limited notes and highlighting, and the copy can include previous owner inscriptions. At ThriftBooks, our motto is: Read More, Spend Less. Seller Inventory # G1873592671I3N00

3. Manchester: The Warehouse Legacy: An Introduction and Guide (Informed Conservation)

4. Manchester: The Warehouse Legacy: An Introduction and Guide (Informed Conservation)

Book Description Historic England Publishing, 2002. Condition: Good. A+ Customer service! Satisfaction Guaranteed! Book is in Used-Good condition. Pages and cover are clean and intact. Used items may not include supplementary materials such as CDs or access codes. May show signs of minor shelf wear and contain limited notes and highlighting. Seller Inventory # 1873592671-2-4