Items related to Skuas and Jaegers 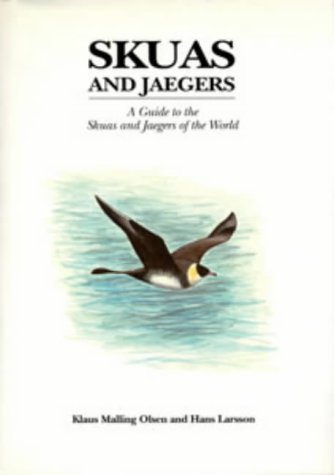 Skuas (or jaegers) are a popular group of seabirds. This title examines in detail all the identification problems associated with this difficult group. The taxonomy of the world's seven species of skuas has long been a subject of debate, compounded by the difficulty of distinguishing between the four catharacta species in the field. Klaus Malling Olsen and Hans Larsson are also the author and illustrator of "Terns of Europe and North America".

Klaus Malling Olsen is one of Denmark's fore- most ornithologists. He is a widely travelled field birder and tour leader with a particular interest in seabirds. He has written numerous papers on field identification and is the author of Terns of Europe and North America (1995), which was also illustrated by Hans Larsson, and of a guide to the northern skuas that was translated into Swedish (1988) and Dutch (1992). He compiled the official Danish list, Danmarks Fugle - en oversigt (1992) and contributed to Where to Watch Birds in Scandinavia (1996). He is currently serving his second term as a member of the Danish Rarities Committee.

Hans Larsson was born in The Gambia but lives in Sweden. Although only twenty years old he is an artist of considerable ability. His work was published in Terns of Europe and North America (1995), and he was voted Bird Artist of the Year 1994 by Vår Fågelvärld, the leading Swedish ornithological journal. In 1996 the Swedish Ornithological Union honoured him as their Birder of the Year, and he is a member of his local Rarities and Records Committee in Scania, southern Sweden.