Items related to Islam and the Limits of Science

Haroon, Muhammad Islam and the Limits of Science

Islam and the Limits of Science 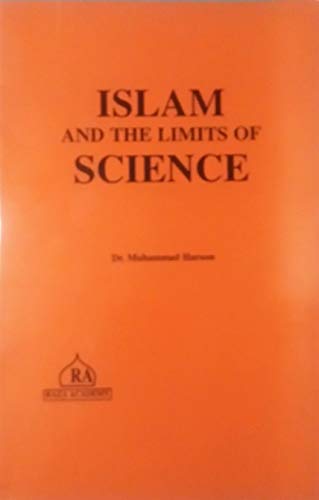 Modern civilisation is based on science, which has dominated the world since the west triumphed in the 18th century. Science as above all replaced prophecy as the light guiding humanity. The aim of this little book is to call humanity back to prophecy, and to do this by pointing out the limits of science. And this book calls the reader to follow the Highest of all prophets, the Prophet Muhammad (Sall Allahu Alaihi wa Sallam of). Not subject to be more difficult. Is there a fault in unaided human reason itself, which is the basis of science? But not subject could be more important. All the problems and disasters of the modern age spring from the limits of science, and from attempts to correct them other than by returning to prophecy. Because the subject is a difficult, this book only claims to be a brief attempt to look at the problem, and to draw the attention of Muslims and non-Muslims to it. It is especially important for Muslims to read this book, because many Muslims have come to worship science, and change Islam, since the west came to dominate the Muslim world. This book is advice and warning to the Muslims. It is especially important for non-Muslims to read this book. Islam is the true religion. But which is the true Islam? This book are guides reader to the uncorrupted original Islamic belief, that has not been changed to suit the west, which is the Islam of the Sunni Muslims, the Ahle Sunnat wal Jama'at. This book provides a guide to the history of west an Islamic thought in the last 300 years, and a warning to the world. Dr. Muhammad Haroon has written extensively on Islam, and is also a specialist in Marxism and the History of Communism.