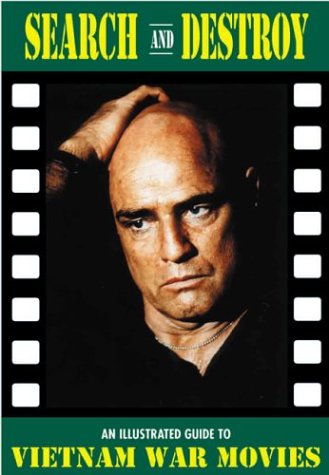 From the early gung-ho posturing of John Wayne in The Green Berets to the psychedelic rites of Apocalypse Now and the stark combat horrors of Platoon and Full Metal Jacket, SEARCH AND DESTROY is a guide to the way Hollywood has progressively portrayed the Vietnam war.

In graphic films such as Jacob's Ladder, Troma's Combat Shock, and Antonio Margheriti's Cannibal Apocalypse, Viet vets are subjected to the horrors of physical or mental mutation after being exposed to chemical warfare and experimentation in Nam.

SEARCH AND DESTROY contains illustrated essays on these and hundreds of other movies, ranging from the combat traumas graphically displayed in documentaries such as Army Medicine in Vietnam, to the most garish exploitation movies and gun-fixated redneck trash. SEARCH AND DESTROY is the ultimate guide to the cinematic legacy of Vietnam, a harrowing trip into the heart of darkness.

Jack Hunter is the author of Inside Teradome and Eros in Hell, and editor of many other film studies.