Items related to The End of the World

The End of the World 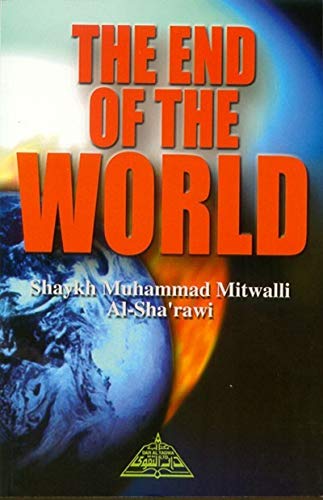 Shaykh Muhammad Mitwalli Al-Sharawi The End of the World is the latest addition to the Dar al-Taqwa series of translations of illuminating works from the pen of the late, famous scholar Shaykh Muhammad Mitwalli al-Sha'rawi. The question of the end of the world is a topic which has captured the interest of all, including scientists and the pseudo-scientists who offer theoretical predictions about how the world will come to an end. Such theories change on a regular basis because they are not based on true knowledge, which is to be found only in Allah's Revelation. In this book Shaykh Al-Sha'rawi points out the contrast between the changing perspective of the human being and immutable universe in which he lives and which provides the human being with evidence of his Creator. He also points out how the apparent stability of the universe can delude someone lacking belief in the Creator so that he fails to realise the true nature of existence, the transience of the human being and the necessity of awakening from the delusion of his own power before death forces him to wake up.

Book Description Paperback. Condition: Good. The book has been read but remains in clean condition. All pages are intact and the cover is intact. Some minor wear to the spine. Seller Inventory # GOR009240007

Book Description Dar Al Taqwa Ltd, 2001. Condition: Good. Ships from the UK. Shows some signs of wear, and may have some markings on the inside. Seller Inventory # GRP115704999

Book Description Dar Al Taqwa Ltd, 2001. Paperback. Condition: Used; Good. **Simply Brit** Shipped with Premium postal service within 24 hours from the UK with impressive delivery time. We have dispatched from our book depository; items of good condition to over ten million satisfied customers worldwide. We are committed to providing you with reliable and efficient service at all times. Seller Inventory # 1617644