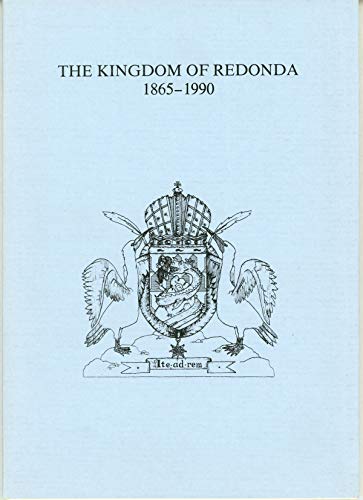 Book Description The Aylesford Press, 1991. Quarter Linson. Condition: As New. Limited. An UNREAD, as NEW, De Luxe HARDBACK Edition. Limited to 50 copies, bound in Quarter Linson with marbled paper sides. 5 pp b/w photographs. Containing the words and music of The Redondan National Anthem. Numbered, and hand-numbered. This copy No. 4. +++ SIGNED+++ and bearing the signature of King Cedric in the introduction A celebration, edited by Paul de Fortis, for The Redondan Cultural Foundation. The Kingdom of Redonda is a name for the micronation aspect of the tiny uninhabited Caribbean island of Redonda. This islet is situated between the islands of Nevis and Montserrat, within the inner arc of the Leeward Islands chain, in the West Indies. The island is currently legally a dependency of the country of Antigua and Barbuda. The island is uninhabited, and indeed is more or less uninhabitable since there is no source of freshwater, and most of the island is extremely steep and rocky, with only a relatively small area of grassland at the top. Redonda also is, or appears to be, a micronation which may, arguably and briefly, actually have existed as an independent kingdom during the 19th century. The title to this supposed kingdom is still contested to this day in a half-serious fashion. The "Kingdom" is also often associated with a number of supposed aristocratic members, whose titles are given out freely by whoever is currently the "King". Currently there are a number of different individuals in several different countries who claim to be the sole legitimate "King" of Redonda, but these claims appear to be substantially of the nature of tall tales or humorous hoaxes. The idea of the kingdom appears to originate with M. P. Shiel, 1865-1947, an author of fantasy fiction. He claimed that in 1865, his father Matthew Dowdy Shiell, from the nearby island of Montserrat, proclaimed himself to be the rightful, and supposedly legal, "King" of the island of Redonda in order that he might establish his son as the rightful heir to the throne. This story, as first recounted by the son in a promotional leaflet for his books, may be partly or entirely fictional. Signed by King Cedric. Seller Inventory # 001962