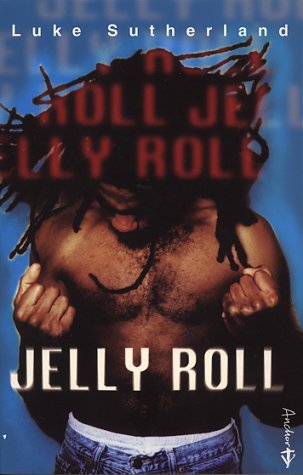 When psycho saxophonist Malc walks out on The Sunny Sunday Sextet, the five remaining friends decide that for too long they've looked like "a bunch ay farmers at the Christmas dinner dance." Slicked up, they embark on a tour of the Highlands, acquiring a brilliant new sax player, Liam--only he's black. Tensions rise as the tour progresses, particularly for narrator Roddy, who idolises Liam while ignoring his own descent into druggy hell.

Luke Sutherland, shortlisted for the Whitbread's best First Novel Award, begins this novel bravely--perhaps recklessly--with a lengthy, expletive-filled conversation between the five surviving band members. At first, the dialect is hard to grasp, the characters apparently indistinguishable in the often ridiculous banter of five men together. And then, gradually, patterns start to emerge in the improvisation, and individual, idiosyncratic voices come through the melée, voices that become stronger as the novel progresses. The milieu--Scotland, drugs, music--has become overly familiar in the last few years, but Sutherland is his own man: a writer with a brilliant ear for the rhythms of speech, an eye for the tragicomic, and a fine sense of pace--which together draw you in mercilessly. --Alan Stewart

Roddy, Mouse, Duckie, Fraser, Paddy and Liam - six guys in search of a sound, in a debut to savour.

The presence of a psychopath is never necessarily suited to shared artistic endeavour, particularly when you're a struggling jazz band on the verge of a tour of the Highlands of Scotland, in search of a new image, direction, a lease of life. Malc's sudden and characteristically violent departure leaves The Sunny Sunday Sextet a saxophone short and a series of gigs to fulfil. When Liam is introduced to the band, he seems perfect for the job: young...gifted...black.

For Roddy Burns, Liam is the antidote to the band's problems. But for the rest of them he represents a threat in many different ways. While Roddy puts Liam on a pedestal, his own life begins to tumble helplessly into a pit of drugs and sex. As the tour progresses, the lifeblood of the band slowly drips away, communication breaks down in a cycle of jealousy and recrimination and it rapidly become apparent that Malc may not have been the only psycho in the band...

Jelly Roll is a skewed examination of collective manhood in crisis, a frightening and blackly comic look at an unstoppable road through the nine circles of hell and beyond.

Book Description Anchor Books, 1998. Paperback. Condition: Used; Good. Dispatched, from the UK, within 48 hours of ordering. This book is in good condition but will show signs of previous ownership. Please expect some creasing to the spine and/or minor damage to the cover. Aged book. Tanned pages and age spots, however, this will not interfere with reading. Seller Inventory # CHL4235967

Book Description Anchor Books, 1998. Paperback. Condition: Used; Good. **Simply Brit** Shipped with Premium postal service within 24 hours from the UK with impressive delivery time. We have dispatched from our book depository; items of good condition to over ten million satisfied customers worldwide. We are committed to providing you with reliable and efficient service at all times. Seller Inventory # mon0001557811

Book Description Paperback. Condition: Very Good. The book has been read, but is in excellent condition. Pages are intact and not marred by notes or highlighting. The spine remains undamaged. Seller Inventory # GOR002036751

Book Description Anchor Books 04/06/1998, 1998. Condition: Very Good. Shipped within 24 hours from our UK warehouse. Clean, undamaged book with no damage to pages and minimal wear to the cover. Spine still tight, in very good condition. Remember if you are not happy, you are covered by our 100% money back guarantee. Seller Inventory # 6545-9781862300309

Book Description Anchor, 1998. Condition: Good. A+ Customer service! Satisfaction Guaranteed! Book is in Used-Good condition. Pages and cover are clean and intact. Used items may not include supplementary materials such as CDs or access codes. May show signs of minor shelf wear and contain limited notes and highlighting. Seller Inventory # 1862300305-2-4

Book Description Paperback. Condition: Good. The book has been read but remains in clean condition. All pages are intact and the cover is intact. Some minor wear to the spine. Seller Inventory # GOR003864578