Items related to Many Lives of Marilyn Monroe

Many Lives of Marilyn Monroe 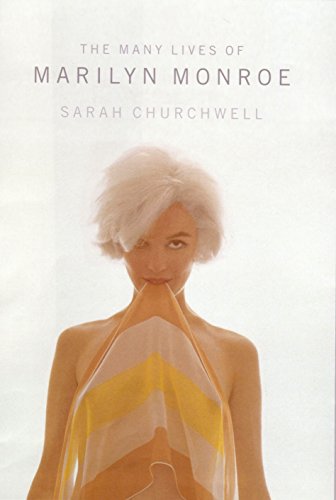 Since her death, Marilyn Monroe has been the subject of some 600 books, scores of which claim to be biographies, and all of which promise to uncover the "real Marilyn". But the biographies can't agree on many of the most sensational details of the life of the 20th century's most famous woman. Rather than offering another "definitive life", Sarah Churchwell's book looks at the writing of Marilyn Monroe's many life stories, comparing the competing versions of some of the key moments in her life including: her father's identity, her mother's mental problems, her alleged childhood molestation, her teenage marriage, stories of prostitution and the casting couch, abortions, narcissism, her own psychological problems, her marriages to two other legends, her difficulties on the set and with directors, her affairs with one or both of the Kennedy brothers and, of course, the highly charged debates about her death. Churchwell looks at how these stories have continued to trivialize a woman we supposedly "worship" and explains what the stories reveal about our attitudes to sex symbols and icons, to women, sex and death, to biography as an enterprise and to Marilyn herself.

‘A serious, scholarly work...Sarah Churchwell fights her way through the leading Monroe narratives with the zeal of a crusader’ -- The Sunday Times

‘Arguably the most comprehensive biography of Monroe to date...she skillfully analyses the more prominent works dedicated to this subject' -- The Observer

‘The book untangles the threads of Monroe’s life story, isolating the essential cornerstones of the Monroe myth' -- The Independent

Sarah Churchwell studied at Vassar College and Princeton University. She currently teaches American literature and culture at the University of East Anglia. This is her first book.

1. The Many Lives of Marilyn Monroe

2. The Many Lives of Marilyn Monroe Churchwell, Sarah

3. The Many Lives of Marilyn Monroe Churchwell, Sarah