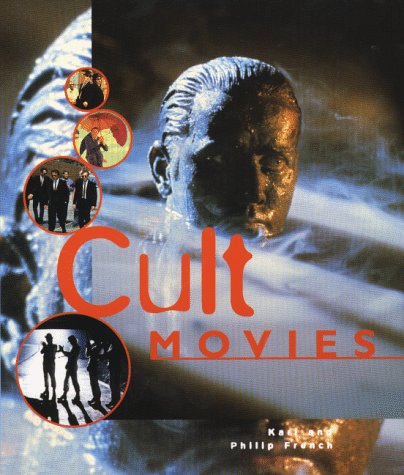 This is the first comprehensive listing of cult movies from all over the world. It includes details of 150 cult movies including Apocalypse Now, This is Spinal Tap and Withnail and I. It is illustrated throughout with stills.'

Philip French, regular film critic for The Observer and Karl French, editor of 1996's Screen Violence, have compiled over 150 movies in this attractively packaged volume. Listed alphabetically and often backed with black and white or colour stills, each entry consists of a full plot synopsis, a short commentary, salient facts, key scenes and snippets of dialogue.

According to the authors, an audience views their cult favourite as "a personal niche of taste and identity". Where the book differs from Danny Peary's work of the same name is in its balancing critical assessment with generally convincing explanations of each film, cast and director's cult status.

Whilst English language films take up over 80% of the entries, one has to admire the range chosen throughout the book. The selection extends evenly from 1914's Intolerance to 1996's Se7en and takes in Louise Brooks in Pandora's Box and Divine in PinkFlamingos, the bare emotions of All that Heaven Allows and the bare breasts of Showgirls.

Occasionally a little lacking in fire of passion but pleasingly free of stuffiness, Cult Movies is recommended to anyone with an open mind and an interest in the cinema. --Stephen Portlock