Items related to Poor Jack: The 4000-year History of the Merchant Seaman

Poor Jack: The 4000-year History of the Merchant Seaman 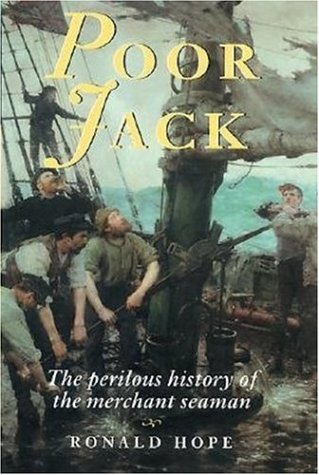 'Nasty, brutish and short': Hobbes might well have been describing the existence of the professional seaman for most of history. The earliest recorded sailor's yarn, dating from about 2000 BC, is a story of shipwreck, and seamen were always nearer to oblivion than most. At times, landsmen have been tempted to sentimentalise the way of the sea - Dibden, the eighteenth-century ballad-monger, wrote: 'There is a sweet cherub that sits up aloft, to keep watch for the life of poor Jack' - but seamen knew the cherub was never over-diligent. Whether described as shipman, mariner, sailor, seaman, poor Jack or jolly Jack (jolly whenever opportunity offered; poor on all but paydays), the merchant seaman was substantially the same for most of the 2000 years of the Christian era and, indeed, for the 2000 years before that. Cut off from land and normal society, the seaman's world was distinct, and the seaman himself distinctive. In the western world the deep-sea sailor has now all but disappeared, so it is possible to look dispassionately at what the seafaring life meant for those who went down to the sea in ships. Drawing on a mass of contemporary material spanning four millennia, this book follows the merchant seaman ashore and afloat through the typical vicissitudes of his exotic but uncertain life. Although it is an unsentimental 'warts and all' portrayal, it is nevertheless an affectionate valedictory tribute to a lifestyle that has almost vanished.

For many years Dr Ronald Hope was the director of the Seaman's Education Service, so he combines an indepth knowledge of the literature of the sea with practical experience of seagoing conditions. He is the author of a large number of works, including A New History of British Shipping.

1. Poor Jack: The 4000-year History of the Merchant Seaman