Items related to "London Review of Books": An Anthology: No....

"London Review of Books": An Anthology: No. 3 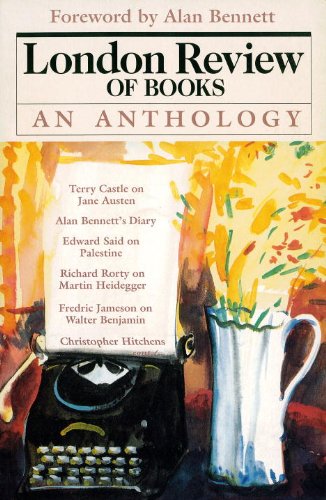 Book Description Verso. Hardcover. Condition: Very Good. 1859848605 Ex-Library copy with some moderate shelf wear. A portion of your purchase of this book will be donated to non-profit organizations. Over 1,000,000 satisfied customers since 1997! We ship daily M-F. Choose expedited shipping (if available) for much faster delivery. Delivery confirmation on all US orders. Seller Inventory # Z1859848605Z2

3. London Review of Books: An Anthology

Book Description Verso 1996-12-17, 1996. Hardcover. Condition: Very Good. Item is in very good condition. If supplemental codes/CDs for textbooks are required please contact us prior to purchasing as they may be missing. Seller Inventory # DS-1859848605-2