Items related to The Collector's Voice: Critical Readings in the... 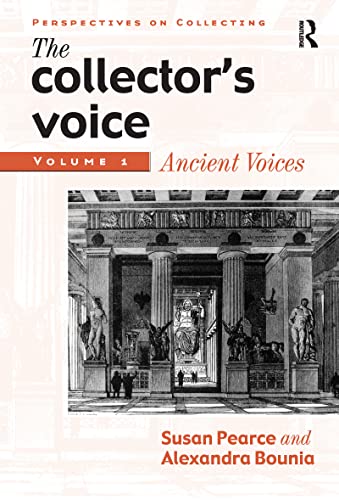 'The series is well produced, the proof reading is good...and the authors are to be congratulated on bringing together such a wealth of interesting material...they have created books which are simply a delight to dip into.' International Journal of Heritage Studies '...these volumes...will be a boon to writers in this subject-area as finding-aids to specific passages.' Journal of the History of Collections 'As a source book, Ancient Voices is invaluable to the student of ancient art and architecture, of archaology and of museum studies.' Museum National

This first of four volumes on the European tradition of collecting examines its history and practice in ancient northern Europe (around 1600 BCE), ancient and classical Greece and imperial Rome, and the post-Roman period through the early and high Middle Ages to the beginnings of European early modernism in the 15th century. Seventy-one short chapt

3. The Collector's Voice: Critical Readings in the Practice of Collecting : Ancient Voices: Vol 1

4. The Collector's Voice: Critical Readings in the Practice of