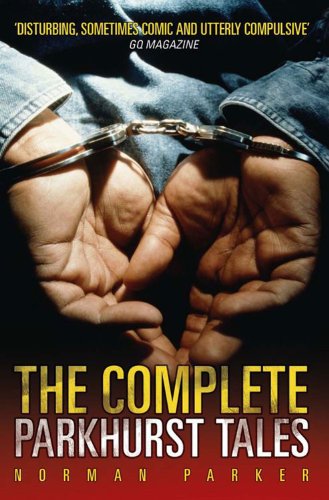 Norman Parker spent twenty-five years of his life in a high security Category A prison. Convicted of murder and manslaughter in the 1970s, he was sentenced to life at the notorious Parkhurst Prison. An institution filled with the most sinister and violent criminals, Parkhurst is certainly not for the faint-hearted. Norman Parker has certainly seen a lot during his time on the inside, and this is his complete collection of tales from behind the bars. During his gruelling years on the inside, he encountered some of the highest-profile criminals in Britain, from the Kray twins to the Great Train Robbers. With so many dangerous characters, and their deep and dark pasts, there are plenty of stories to tell. From a real-life Hannibal Lector and his murderous cannibal past to a petty thief whose experiences in prison turned him into a brutal and cold-hearted killer. The IRA bomber who deems theft as morally wrong and Vic, a loose cannon who proved that prison was no safer than the outside world as inmates feared for their lives.

"The Complete Parkhurst Tales" is a shockingly powerful and intimate portrayal of the prison system is filled with Norman Parker's sharp intelligence and witty observations on every aspect of the secret world in one of Britain's toughest jails. About the Author:

Norman Parker was released from prison after 24 continuous years in prison. Reading about his experiences in Parkhurst Tales is an often shocking yet powerful experience.