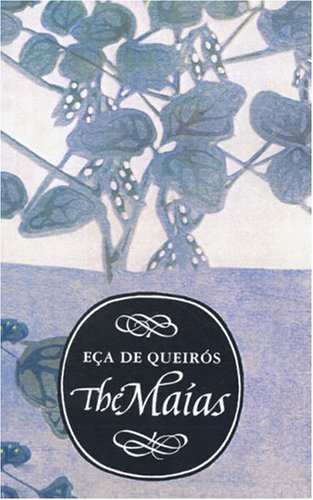 Carlos is the talented heir to a notable family in fin-de-siecle Lisbon. He aspires to serve his fellow man in his chosen profession of medicine, in the arts and in politics. But he enters a society affected by powerful international influences - French intellectual developments, English trading practices - that trouble and frustrate him and in the end he is reduced to a kind of spiritual helplessness. Carlos' good intentions decline, amiably, into dilettantism; his passionate love affair itself begins to suffer a devastating constraint. "The Maias" tells a compelling story of characters whose lives become as real and engrossing as any in Flaubert, Balzac or Dickens. This is his masterpiece, a novel of intellectual depth, historical compassion and great wit. Hailed as a masterpiece in the Paris of Flaubert, Balzac and Zola, this remains Eca's most popular novel.

Book Description Carcanet Press Ltd., 2003. Paperback. Condition: Good. Connecting readers with great books since 1972. Used books may not include companion materials, some shelf wear, may contain highlighting/notes, may not include cdrom or access codes. Customer service is our top priority!. Seller Inventory # S_288788853

Book Description Carcanet Press Ltd., 2003. Condition: Good. A+ Customer service! Satisfaction Guaranteed! Book is in Used-Good condition. Pages and cover are clean and intact. Used items may not include supplementary materials such as CDs or access codes. May show signs of minor shelf wear and contain limited notes and highlighting. Seller Inventory # 1857546083-2-4