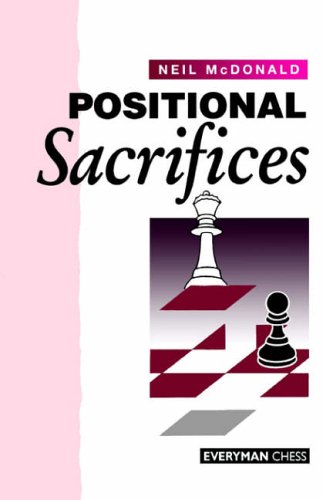 Most competitive players are very familiar with the idea of a sacrificial checkmating attack, but the positional sacrifice has been strangely neglected. By means of a subtle positional sacrifice, a player can sometimes fundamentally alter the course of a game in his or her favor. In this instructive and entertaining book International Master Neil McDonald demonstrates just how effective well-executed positional sacrifices are. Topics covered include sacrifices to open lines for the pieces, sacrifices as a defensive weapon, the exchange sacrifice, the psychology of sacrifice and much more.

Grandmaster Neil McDonald is an experienced player on the international chess circuit and has a string of tournament successes to his name. He is a talented chess coach who has trained English juniors at many international events. His successful books include Modern Defence, French Winawer and Dutch Leningrad.