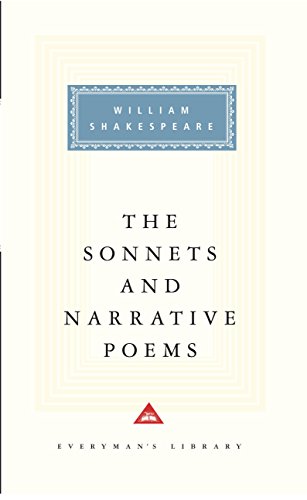 A complete and annotated edition of Shakespeare's non-dramatic verse, including the sonnets, Venus and Adonis and The Rape of Lucrece.

"Shakespeare has deliberately opened up the -two--character form he inherited and, as the dramatist he would become, populated the -love--sequence in new and drastically more interesting ways . . . In inventive metaphorical reach alone, Shakespeare excels his predecessors . . . [He] makes the -sonnet--voice ampler and more psychologically convincing than ever before." -from the Introduction by Helen Vendler

William Shakespeare (1564-1616) was a poet, playwright, and actor who is widely regarded as one of the most influential writers in the history of the English language. Often referred to as the Bard of Avon, Shakespeare's vast body of work includes comedic, tragic, and historical plays; poems; and 154 sonnets. His dramatic works have been translated into every major language and are performed more often than those of any other playwright.