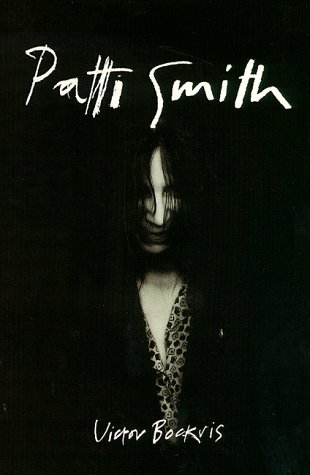 Patti Smith was a poet, a punk prophet, a feminist icon, a living work of art and the first woman rock-outsider to come from the New York underground and become a star.

From her confused and religious upbringing to her early days as a poet, punk and rock ’n’ roller, Patti Smith redefined the role of artist, writer and female performer. This major biography will rightly place Patti Smith as a central figure in late twentieth century popular culture.

Cited by musicians young and old as a major influence, Patti Smith is as fascinating an individual as she is a great artist. From a religious childhood in South Jersey she escaped to New York swearing she would become famous. Acting as muse first to Richard Mapplethorpe and then Sam Shepherd, Patti began her career as a performance poet and rock writer. She soon became the first punk rockstar mixing her distinct voice and poetry with rock and roll music. Yet in 1979 she gave it all up to live with her husband in quiet, suburban Detroit until he died an alcoholic in 1994.

As well as placing Patti Smith at the centre of the New York underground that included, amongst others, Andy Warhol, Bob Dylan, Lou Reed, Blondie, Jim Carrol and William Burroughs, Victor Bockris’s biography investigates the private world behind the celebrity – the confused childhood, the piss factory, torturous relationship with men, the secretive retreat to Detroit and the slow and historic comeback in 1995 as Patti returns to her rightful place as a central character and icon of 20th century popular culture and the queen of the New York Underground.

Victor Bockris is now best known for his studies of Muhammad Ali, William Burroughs, and Andy Warhol, but a In an earlier incarnation he was responsible for publishing a book of poems entitled Seventh Heaven by a young unknown named Patti Smith. He's therefore well placed to chart the rise of that fledging poet as she turned to music, recorded the timeless 1975 album Horses, and became the instantly familiar, thrillingly gaunt face of New York's artsy version of punk.

Bockris knows 1970s Manhattan Bohemia like the back of his hand, and Patti Smith provides the perfect entree. When your lovers include playwright Sam Shepard and legendary musos Tom Verlaine and Todd Rundgren, and your flatmate's a 19-year-old wannabe named Robert Mapplethorpe, there's plenty to write home about. But Smith soon dropped out in favour of a family life in the suburbs of Detroit, bringing up two children, and supporting her husband (MC5 guitarist Fred "Sonic" Smith) until his death from alcohol in 1994. In so doing, as one wit put it, "She managed to be a rock'n'roll death without having to die."

Quoting extensively from eyewitness accounts of Smith in performance, Bockris captures something of the intensity of this remarkable artist, and contributes in no small part to her current reincarnation. --Alan Stewart

'By this most esteemed chronicler of the New York underground...Bockris now presents the most definitive work to date on Smith' -- Time Out

'If you want a good print rockumentary about the poet who gave us Horses, one of the best albums of all time, this is it.' -- Mojo

Book Description Paperback. Condition: Used; Good. Dispatched, from the UK, within 48 hours of ordering. This book is in good condition but will show signs of previous ownership. Please expect some creasing to the spine and/or minor damage to the cover. Grubby book may have mild dirt or some staining, mostly on the edges of pages. Seller Inventory # CHL7616994

Book Description Condition: Very Good. Ships from the UK. Former library book; may include library markings. Used book that is in excellent condition. May show signs of wear or have minor defects. Seller Inventory # 38492859-20

Book Description Paperback. Condition: Very Good. The book has been read, but is in excellent condition. Pages are intact and not marred by notes or highlighting. The spine remains undamaged. Seller Inventory # GOR004249157

Book Description Paperback. Condition: Fair. A readable copy of the book which may include some defects such as highlighting and notes. Cover and pages may be creased and show discolouration. Seller Inventory # GOR003938488