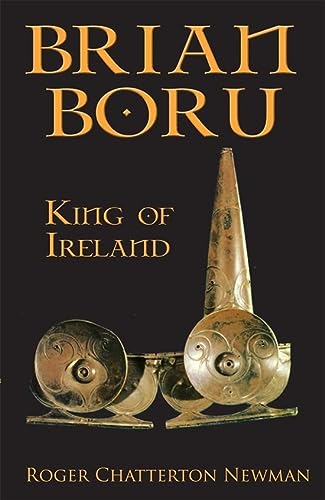 Brian Boru is chiefly remembered as the man 'who drove the Danes from Ireland', and who died at the Battle of Clontarf on Good Friday 1014. But there was far more to his life than that. The youngest son of an obscure king from Thomond, he came closer than any other Irishman before him or after him to uniting Ireland. He tamed the Danes of Limerick and the Norsemen of Dublin, overthrew the monopoly of the Ui Neill's on the high throne of Ireland and became one of the few high kings to invest that throne with any real authority. An able administrator, a patron of the church and of learning, he fully deserved the eulogistic title BRIAIN IMPERATORIS SCOTORUM, Brian Emperor of the Irish, accorded to him by an admirer. Ireland gave him a funeral of unprecedented ceremony - and then promptly forgot him. His heirs were unable to maintain his authority or consolidate his achievements and all too quickly the old days of internecine strife and petty fueding between the various rival Irish kingdoms were revived. In Brian Boru, King of Ireland, Roger Chatterton Newman explores the life and times of this remarkable man and attmepts to distil reality from myth. Not least, it offers a new theory on Brian's relationship with Gormfhlaith, queen mother of Dublin. And it shows what might have happenned to Irish histoy had the events of Easter 1014 not taken place. With 78 illustations.

Shows the life of this amazing man. And, it poses the tantalizing possibility that he could have created a united Ireland. --Frank West;Irish American News

Roger Chatterton Newman is of Irish descent. he was brought up in Hampshire but spends as much time as he can with family and friends in Cavan and Cork. He spent seven years researching Brian Boru to produce this definitive book on the subject.