Items related to Majuba 1881: The hill of destiny (Campaign) 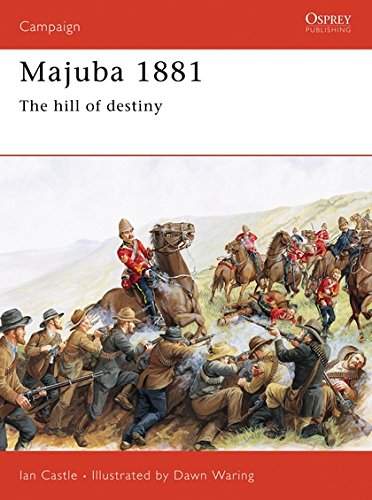 In 1881 the tension between Britain and the Boer farmers of southern Africa that had existed for 75 years boiled over into open conflict. The British entered the war full of confidence, yet in a few short weeks they had suffered three separate reverses before suffering their final humiliating defeat on the isolated summit of Majuba. George Colley's force were swept off their 'unassailable' position and into headlong retreat. It was a defeat that sent shock waves reverberating around the Empire. Ian Castle examines not only the battle at Majuba, but also the previous engagements at Laing's Nek, Schuinshoogte and Bronkhorstspruit.

Ian Castle is a founding member of the Napoleonic Association, and is still very involved in their activities both in Britain and mainland Europe. Ian began writing over ten years ago and besides having numerous articles published in military magazines and journals, he has written or co-written many books in the Osprey Campaign series.

Dawn Waring is an experienced illustrator specializing in military subjects. This is Dawn's only Osprey publication.