Items related to Me Darlin' Dublin's Dead and Gone 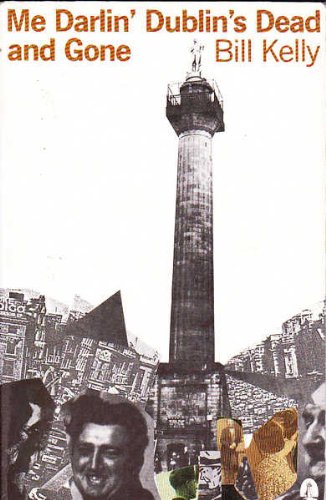 Some tanning of pages.

Bill Kelly was born of poor but honest parents, which he said is why they died poor . Educated by nuns in Gardiner Street, and later by the Christian Brothers, he got his first job in the Post Office just before the War. His introduction to journalism came in the newsroom of Radio Eireann in 1946. For many years he led a double life, working by day in the Telecommunications Branch of the P & T, and working in journalism by night. He had over a million words of written and paid for , including features for the Irish Independent and Press groups, the Yorkshire Post, the Sunday Mirror, the People, and the short-lived Irish News Agency. He studied the Black and Tan War and wrote about it for Anvil Books and the Kerryman. A spare time editor, ghost-writer and book reviewer, he was perhaps best known for his work as soccer correspondent of the Sunday Press.

Book Description Condition: Good. Ships from the UK. Former library book; may include library markings. Used book that is in clean, average condition without any missing pages. Seller Inventory # 18832940-20