Items related to Fire and Stone: Science of Fortress Warfare, 1660-1860 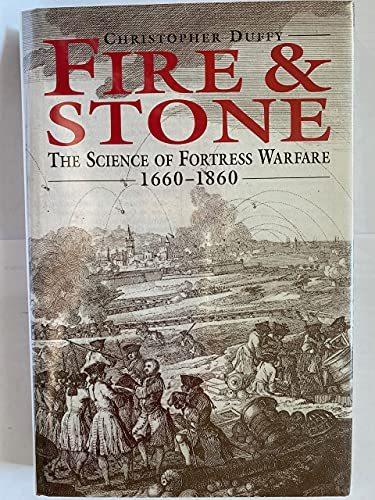 Duffy examines the purpose of fortresses across Europe, and the debates of the time concerning their offensive and defensive uses. He analyses the strategic and structural considerations that dictated their locations, and describes how they were planned, designed and built, and by whom. He then explains how a siege progressed from start to finish: the plans and preparations; the investment of the fortress; the ways in which a fortress could be reduced short of a formal siege; and the siege itself at every stage, from the choice of the front of attack to the storm of the breaches and capitulation. The differences in siting, design and techniques of attack and defence for coastal fortifications are also covered.
Using excerpts from the accounts of people who took part in actual sieges or were themselves besieged, Duffy brings out the human side of siege warfare as well as its purely technical aspects. In order to give the overall picture he traces four great sieges in their entirety: Namur in 1692 and again in 1695, with Vauban and his Dutch counterpart Cochoorn pitting their wits against one another; the French attack on Antwerp in 1832, which showed how little siegecraft had changed since Namur; and the Anglo-Dutch naval bombardment of Algiers in 1816.

Christopher Duffy is now Research Professor in War in History at the Institute for the Study of War and Society at De Montfort University.