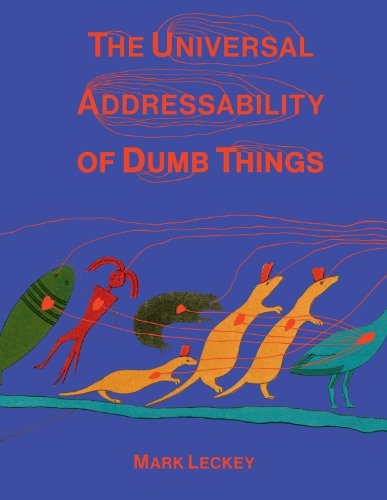 Turner Prize-winning artist Mark Leckey presents the latest in Hayward Touring's celebrated series of artist-curated exhibitions. "The Universal Addressibility of Dumb Things" will explore the theme of transformative technology, a kind of techno-animism, where the inanimate comes to life, and no distinction is drawn between things mental and things material, the sacred and the profane. Contemporary works of art, mechanical objects, historical material from science and archaeological museums, factory prototypes and imagery from internet sites will coexist in the pages of this book, creating 'a colossal body across time and space'. The artist also intends this to be a book in which the greatest thinkers and writers in this field are brought together - as well as his own introductory text, fiction, cultural criticism and the history of technology will be brought together in two unique, authoritative new texts.

Erik Davis is a writer, social historian, cultural critic and author of 'TechGnosis: Myth, Magic & Mysticism in the Age of Information' (2004). Dr Alixe Bovey is lecturer in Medieval History at the University of Kent at Canterbury. Her research has been chiefly concerned with pictorial narratives and their cultural and literary context. She presented the BBC television series 'In Search of Medieval Britain' (2008) in which she retraced a series of journeys through Britain in the Middle Ages using the Gough Map. Mark Leckey, born 1964, was awarded the Turner Prize in 2008. His work has been widely exhibited internationally, including solo exhibitions at Kölnischer Kunstverein, Cologne, in 2008 and at Le Consortium, Dijon, in 2007. His performances have been presented in New York at the Museum of Modern Art, Abrons Arts Center; at the Institute of Contemporary Arts, London, both in 2009; and at the Solomon R. Guggenheim Museum, New York, in 2008.