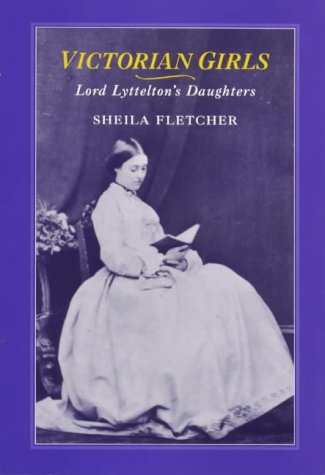 Meriel, Lucy, Lavina and May, the daughters of George, fourth Lord Lyttelton, were the nieces of the Prime Minister William Gladstone, with whose family they were on intimate terms. Their letters and diaries make it possible for us to know them and share their feelings in detail: at home at Wagley Hall in Worcestershire and in fashionable society; at country houses and on tours to the continent; in the schoolroom and embarking on courtship and marriage; in happiness and in adversity. Despite having eight very successful brothers, the girls emerge in their own right as strong characters, whose piety did not inhibit their exuberance and "joie de vivre". Their life was changed for ever by the death of their mother, Mary, shortly after the birth of her 12th child in 1857. Until they married, Meriel, Lucy and Lavinia in turn had to take on the responsibility of running Hegley and all that entailed, as well as being the mistress of the house on formal occasions. Lord Lyttelton's daughters provided the domestic support for their idiosyncratic father who, as Endowed Schools Commissioner, played a major role in reforming girls' education. Two of the girls married prominent men. Lucy, herself later a pioneer in women's education, married Lord Frederick Cavendish, who became Chief Secretary for Ireland in 1882 and was tragically murdered by Irish patriots in Phoenix Park, Dublin, the day he arrived. Lavinia married Edward Talbot, the first Warden of Keble College, Oxford. May was a close friend of Hubert Parry, the composer, and might well have married Arthur Balfour, the future Prime Minister. but she died at the age of 25.

Sheila Fletcher, now diseased, wrote chiefly in the field of women's history. Apart from Women First, her publications include Feminists and Bureaucrats (1980) which concerns the Victorian struggle to get secondary education for girls, and Maude Royden (1989), a biography of the pioneering feminist who campaigned for women priests from the First World War.