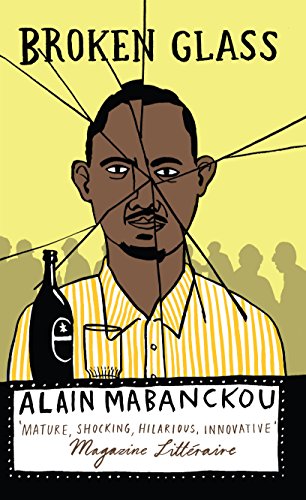 The history of 'Credit Gone Away', a squalid Congolese bar, is related by one of its most loyal customers, Broken Glass, who has been commissioned by its owner to set down an account of the characters who frequent it. Broken Glass himself is a disgraced alcoholic school teacher with a love of French language and literature which he has largely failed to communicate to his pupils but which he displays in the pages of his notebook. The notebook is also a farewell to the bar and to his fellow drinkers. After writing the final words, Broken Glass will go down to the River Tchinouka and throw himself into its murky waters, where his lamented mother also drowned.

Deserves the claim heaped upon it... a thought-provoking glimpse into a stricken country (Waterstone's Books Quarterly 2009-02-02)

A wind of change inspires this funny, ironic text stuffed with literary references that the author usurps to tell his own outrageous stories (Le Figaro)

A lively and malicious homage to the word, this devilish text is also a spicy collection of literary voyages by a narrator hooked on books since his early childhood. Along the way, Broken Glass is not short of a few political and literary barbs. A treat, make no mistake about it (Télérama)

Powerful prose without affects or meanders. This is oration of a classic dimension where humour, poetry and alchoholic distress coalesce into a handsome alloy (Livres Hebdo)

Broken Glass is a comic romp that releases Mabanckou's sense of humour, subtly restrained in his earlier novel African Psycho - narrated, as you might guess, by a would-be serial killer... Although its cultural and intertextual musings could fuel innumerable doctorates, the real meat of Broken Glass is its comic brio, and Mabanckou's jokes work the whole spectrum of humour (Tibor Fischer Guardian 2009-02-21)

An incredibly funny novel, often rueful, on the edge of tragedy and imbued with the spirit of the French classics. There's a tremendous spirit, irreverence and humour in this book (Boyd Tonkin, Chair of the Judges for the Independent Foreign Fiction Prize 2010)

Book Description Paperback. Condition: Very Good. The book has been read, but is in excellent condition. Pages are intact and not marred by notes or highlighting. The spine remains undamaged. Seller Inventory # GOR002202117