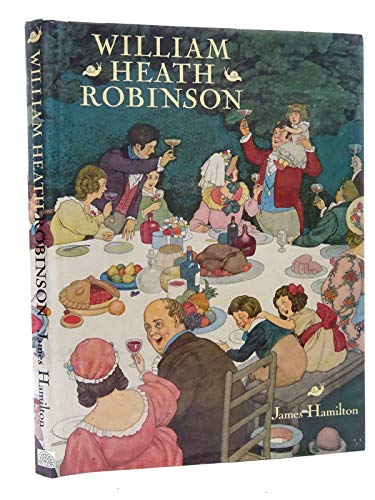 William Heath Robinson (1872-1944) dreamed of a romantic life as an itinerant landscape painter. Instead, he remained in North London and became the greatest comic draughtsman of the century, and one of those rare individuals whose names have entered the language as adjectives. Although his name is now synonymous with any complicated, ramshackle mechanical apparatus for doing something relatively simple, the true Heath Robinson contraption was thought out with a child's solemn logic, executed with a craftsman's care, and accompanied by the ultimate in deadpan captions. In this first full account of William Heath Robinson's life and work, James Hamilton draws on the Robinson family archives to explore the personality of this convivial family man and deeply serious artist. He traces the influences on his art, the development of his uniquely individual humorous style, and the unexpected path that his career followed: the switch from landscapes to book illustration, and early success as illustrator of Poe, Rabelais and Hans Andersen; the creation of his engaging comic character Uncle Lubin, his cartoons for magazines, and the First World War anti-German satires which earned him an enthusiastic following. James Hamilton rounds off his account of Heath Robinson's career with detailed appendices, including a chronology of his life, a discussion of his sources, a comprehensive bibliography of books illustrated by him, and lists of his exhibitions, advertizing work and ephemera, as well as the recently discovered Shakespeare illustrations, examples of which are published here for the first time.