Items related to Absent-minded Imperialism: Britain and the Expansion...

Riviere, Peter Absent-minded Imperialism: Britain and the Expansion of Empire in Nineteenth-century Brazil

Absent-minded Imperialism: Britain and the Expansion of Empire in Nineteenth-century Brazil 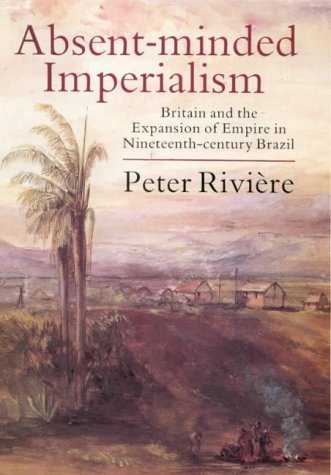 A survey of the mainsprings of imperial expansion. Riviere describes how Britain, at the height of its power, was dragged reluctantly (with little thought and no clear policy) into a minor border dispute with Brazil, solved only after sending a boundary commission and an expeditionary force. Centred on the remote Indian village of Pirara, on the border between north-eastern Brazil and British Guiana, the story of the Anglo-Brazilian border dispute reveals much about the varied and conflicting motivations of imperial expansion. Key aspects of the dispute were: zealous Protestant and Catholic mission activity; attempts to end slavery; and the overwhelming motivation to establish links and to define and control imperial boundaries. This account is based upon extensive fieldwork and Foreign Office and Colonial Office records, archives in Guyana and Brazil, and also a wide range of diaries, journals and contemporary writings.

Peter Riviere is a University Lecturer at the Institute of Social and Cultural Anthropology and a Fellow of Linacre College, University of Oxford.