Items related to Palaces of Vienna 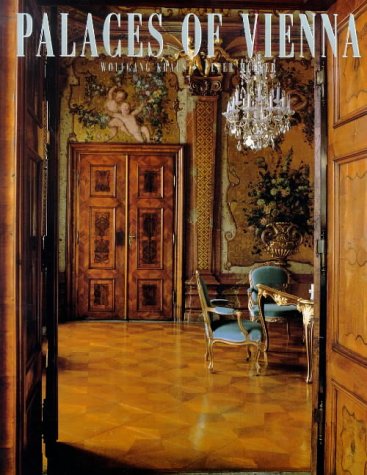 The city of Vienna is unrivalled for its beautiful palaces. Once an imperial capital and a European metropolis, Vienna attracted noble families from all over the Holy Roman Empire and the Habsburg dominions, all eager to build impressive residences close to the Imperial Court. The result was a wealth of palaces reflecting the artistic development of Vienna over the centuries. The palaces built during the seventeenth and early eighteenth centuries, and the public and private buildings of the second half of the nineteenth century, in particular, are some of the loveliest anywhere in the world. This illustrated book describes the historical and stylistic development of Viennese palace architecture from its Renaissance beginnings, through the baroque period to the classical and Biedermeier styles, culminating in the fabulous buildings of the Ringstrasse. Every surviving palace is described and illustrated - both inside and out. The photographs of the Hofburg, the Imperial palace at the heart of the city, are especially moving, as they were taken shortly before it was devastated by fire, towards the end of 1992.

Book Description Tauris Parke, 2001. Hardcover. Condition: Good. Good condition is defined as: a copy that has been read but remains in clean condition. All of the pages are intact and the cover is intact and the spine may show signs of wear. The book may have minor markings which are not specifically mentioned. Most items will be dispatched the same or the next working day. Seller Inventory # wbb0013521708

Book Description Tauris Parke, 2001. Condition: Good. A+ Customer service! Satisfaction Guaranteed! Book is in Used-Good condition. Pages and cover are clean and intact. Used items may not include supplementary materials such as CDs or access codes. May show signs of minor shelf wear and contain limited notes and highlighting. Seller Inventory # 1850436568-2-4