Items related to Torchwood: Something in the Water

Baxendale, Trevor Torchwood: Something in the Water

Torchwood: Something in the Water 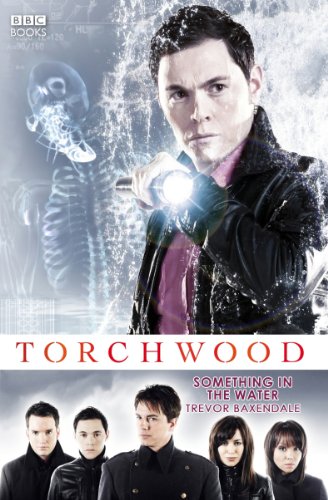 Torchwood: Something in the Water

Trevor Baxendale has been a writer since 1998, when his first Doctor Who novel The Janus Conjunction was published by BBC Books. Since then he has written many novels, short stories, comic strips and audio dramas for both BBC Books and Big Finish Productions, plus various adaptations for schools in Pearson’s Bugclub range.
His Doctor Who novels include the The Deadstone Memorial, which was voted best novel of 2004 by the readers of Doctor Who Magazine, as well as Eater of Wasps, Prisoner of the Daleks and Deep Time. His acclaimed Fear of the Dark was reprinted in 2013 as part of Doctor Who’s 50th Anniversary celebrations. His first Torchwood novel, Something in the Water, was published in March 2008 and was a national bestseller. He was regular contributor to BBC Magazines' hugely popular Doctor Who Adventures between 2007 and 2012, scripting the further exploits of the Doctor in comic strip form. He has written scripts for Big Finish’s Doctor Who, Robin Hood and Highlander ranges, and most recently full cast audio dramas for Blake’s 7.
You can follow him on Twitter @trevorbaxendale