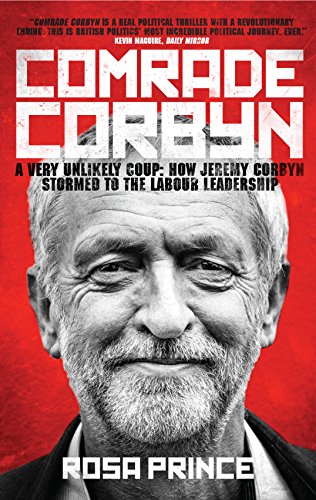 He is a most unlikely revolutionary: a middle-aged, middle-class former grammar schoolboy who honed his radicalism on the mean streets of rural Shropshire. Until recently, Jeremy Corbyn was barely known outside political circles, yet last summer he rode a wave of popular enthusiasm to win the Labour Party leadership by a landslide, with a greater mandate than any British political leader before him.

When he was first persuaded to run, not even Corbyn himself dreamed he would somehow tap into an unforeseen populist fervour for change. The thought of being leader was initially said to terrify him.

So how did this very British iconoclast manage to snatch the leadership of a party he spent forty years rebelling against? Who is he and where did he come from? And what exactly happened over the space of an extraordinary summer to propel an old lefty called Jeremy to inspire and excite hundreds of thousands of people, and breathe new life into the socialist ideals that he, almost alone, has held true to for so many years?

From Corbyn's cosy rural upbringing, through three marriages including his decision to divorce one wife for sending their son to grammar school - and his long espousal of contentious causes, from Irish Republicanism and a free Palestine to opposition to military action in Syria and Iraq, Comrade Corbyn tells the intriguing story of the most unexpected leader in modern British politics.

"Fascinating and forensic - a real insight into the making of Labour's accidental leader. Meticulously researched and always even-handed, this is a very human portrait of a figure who has become a byword for controversy. Essential reading for anyone who follows politics." --Mary Riddell, Daily Telegraph

"Comrade Corbyn is a real political thriller with a revolutionary ending. This is British politics' most incredible political journey. Ever." --Kevin Maguire, Daily Mirror

"An accomplished study and the most lucid explanation yet of the Labour Party's present state." --New Statesman

Rosa Prince was born and raised in London. She is an award-winning political journalist and was part of the team that broke the 2009 expenses scandal. A member of the Parliamentary Lobby for more than ten years, for the Daily Mirror and Daily Telegraph, Rosa was also US correspondent for the Telegraph. She is now a freelance journalist and writer, and is the author of Standing Down: Interviews with Retiring MPs, published by Biteback in 2015.