Items related to Disciple of a Dark God

Disciple of a Dark God 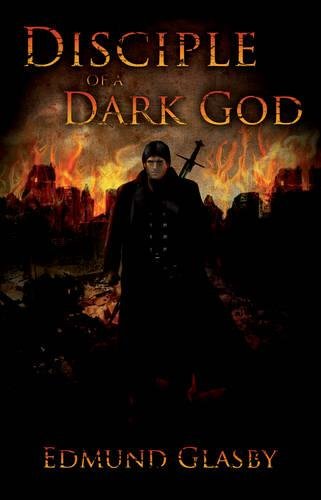 Assassin, cultist, zealot; his sole aim in life is to serve the evil god who enabled him to exact his revenge. Satiated by this act, but forever bitter and cynical, Everus does whatever is required by the cult, and more importantly by Xethorn, who contacts him directly. As far as Everus is aware, he has already killed those responsible for his downfall and asks only to repay his deity. To this end, and with assistance from a grave- robbing thief with his own agenda, he seeks the wards which will allow Xethorn to gain supremacy over the world. Arrogant, charismatic and cold-hearted, Everus begins to realise that even his cynical view of people is not dark enough, as he eventually discovers the true extent to which he has been manipulated. Driven by the desire for vengeance, Everus stalks through his treacherous, unsavoury but sometimes blackly comical world in pursuit of the means to free his imprisoned god. Disciple of a Dark God is a dark fantasy novel that does not pit good against evil, love does not triumph and loyalty is not rewarded.

An original setting for a macabre tale. --Julian Doyle, Director of 'Chemical Wedding'

As penance for past deeds, Edmund Glasby grew up in Morecambe and studied at Oxford - Morecambe provided him with a better education. Life has made him a misanthrope, but a loyal and dedicated one who embraces the awfulness of mankind. He spends a lot of time planning unsavoury ways to dispatch people who have annoyed him but finds it more socially acceptable to write rather than do. He is married with a five year old son who bears an uncanny resemblance to Damien Thorn from the 1976 film The Omen.

1. Disciple of a Dark God