Items related to Suki in the Snow (Princess Katie's Kittens) 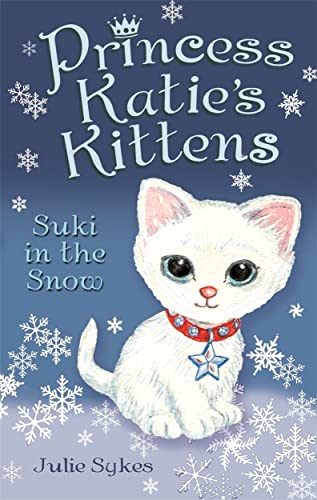 Suki in the Snow

Julie Sykes was born in Kingston upon Thames and lived in Australia and Surrey as a child. She has written numerous books for children, many of which have won or been shortlisted for awards, including the classic Little Tiger book I DON'T WANT TO GO TO BED! Her latest success is FAIRY BEARS. Follow Julie at www.juliesykes.co.uk or on Facebook: juliesykeswriter

Illustrator Richard Morgan worked in New Zealand as a background artist for Walt Disney after studying art in Leeds. On his return to the UK he continued working in animation while seeking out his true calling as a children's illustrator. He is also as a children's author under the name of Maddy Rose. He lives in Cambridge with his wife and two daughters and has also illustrated Ciaran Murtagh's DINO books for Piccadilly.

A princess, a palace and six cute kittens!