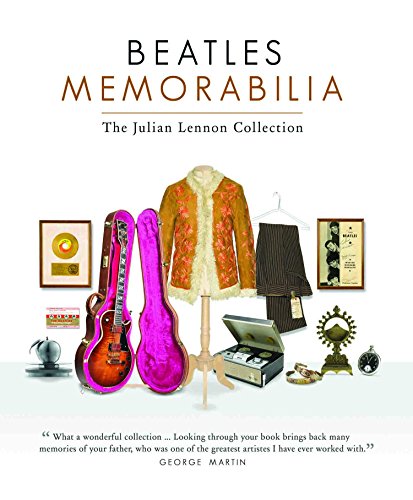 Julian Lennon, John's elder son, has built a unique collection of Beatles memorabilia, including gold discs, guitars, clothing, jewellery, postcards and more. Now his collection appears in print for the first time and Julian, working with well-known music author Brian Southall, gives an insight into many of the pieces and explains what they mean to him and the family memories they evoke.

"What a wonderful collection... Looking through your book brings back many memories of your father who was one of the greatest artistes I have ever worked with." George Martin

Brian Southall began writing about pop music in the 1960s on a local newspaper before graduating to the likes of Melody Maker and Disc. He then pursued a 30-year career in the record business working for A&M, Tamla Motown, EMI and Warner Music. His first book - the official history of Abbey Road Studios - was published in 1982 and since then he has written The A-Z of Record Labels; the Sex Pistols 90 Days at EMI, Northern Songs - the story of the Beatles music publishing; If You Don't Know Me By Now - the authorized story of Simply Red; Pop Goes To Court; and most recently The Rise & Fall of EMI.