Items related to Barack Obama: Dreams from My Father (A Story of Race...

Obama, Barack Barack Obama: Dreams from My Father (A Story of Race and Inheritance)

Barack Obama: Dreams from My Father (A Story of Race and Inheritance) 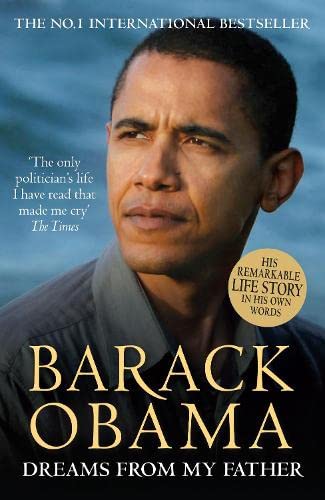 One of the many refreshing things about Barack Obama is his self-deprecating sense of humour. Responding to the unrealistic expectations for his presidency, Obama said 'I've been sent by my father from the planet Krypton to save the Earth.' Unfortunately, the irony of this self-comparison to Superman was probably lost on many of his dedicated followers, who clearly believe that – once in office – he can exercise a few super powers and rid the world of all its thronging ills, economic and otherwise. But as Dreams from My Father proves, Obama is no fool, and knows the cold realities that face him, even though this intelligently written book is filled with optimism and hope. Which is understandable enough; after all, what else could Obama offer?

The politicians who can actually write may be counted on one hand, but on the evidence here, Barack is among their number (he reminds us that William Faulkner said the past is never dead and buried – it isn’t even past; can you imagine Barack's predecessor in the Oval Office quoting Faulkner – unless the allusion was written for him by one of his speechwriters?). In fact the book -- Obama’s remarkable life story – was, of course, written before his destiny was irrevocably changed by his success in the US presidential election, and it is a striking account of a young man coming to terms with the problem of his identity and issues of belonging in a racially divided country (a racial division that Obama – by the very example of his success – may do a considerable amount towards healing). The son of a black African father and a white American mother, Obama details the dramatic journey that constituted his parents’ life before his own trip to Kenya to confront the sobering realties of his father’s life. It is a book about coming to terms with the past – and comparisons with writers such as Proust in such areas are not as ridiculous as they would be if almost any other politician were involved.

Dreams from My Father gives real hope that ‘dumbing down’ – in order to appeal to the lowest common denominator – will not be the hallmark of the Obama presidency. --Barry Forshaw

Elegant and surprising prose as well as a solid personal statement.

1. DREAMS FROM MY FATHER