Items related to Of Saints and Shadows (Shadow Saga 1)

Of Saints and Shadows (Shadow Saga 1) 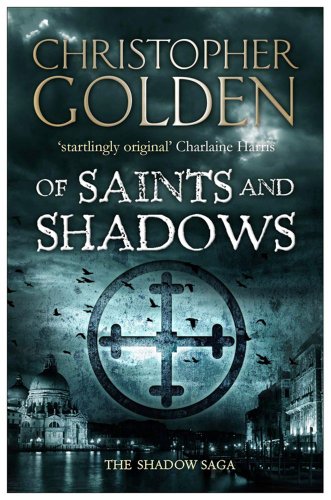 A secret sect of the Catholic Church, armed with an ancient book of the undead called The Gospel of Shadows, has been slowly destroying vampires for centuries. Now the book has been stolen, and the sect races to retrieve it before their purpose is discovered: a final purge of all vampires. As the line between saints and shadows grows ominously faint, private eye Peter Octavian is drawn into the search. And he'll do anything to find the book ... for Peter Octavian is also a vampire.

Ostracized by his kindred for refusing to take part in the 'blood song', he cannot stand by and watch while they are destroyed. In a deadly game with a driven, sadistic assassin, the trail leads to Venice at the time of carnival, where the Defiant Ones, as the vampires are known, are engaged in a savage battle for their lives. Filled with plot twists, mystery, sex and violent death, Of Saints and Shadowsis a spine-tingling thriller which opens the door to the world of The Shadow Saga.

Combine a Boston P.I., the Vatican, and vampires, and what do you have? A novel-and a series-that will appeal to fans of Jim Butcher, Charlaine Harris, and Dan Brown.

Christopher Golden is the award-winning author of numerous dark fantasy novels and comic book mini-series for both adults and teens. He lives with his wife and family in Massachusetts. Visit him at www.christophergolden.com

1. OF SAINTS AND SHADOWS PA