Items related to "Commando": D-Day Fight or Die!: The Twelve... 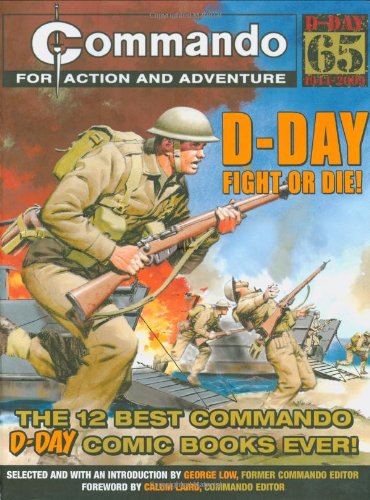 D-Day was the largest amphibious invasion in history and one of the world's most famous military actions. It has become the stuff of legend through films such as "Saving Private Ryan" and TV series such as "Band of Brothers". To commemorate its 65th anniversary, Carlton is proud to present Commando's hardest-hitting anthology of war comic stories ever, covering all the heroic action of 'The Longest Day', 6 June 1944. From "Ambush at Dawn", "Normandy Drop" and "Blood of Heroes" to "Operation Bulldog" and "The Footsloggers", "Commando: D-Day Fight or Die!" features a dozen action-packed stories of the Tommies who stormed Hitler's formidable Atlantic Wall from air, land and sea-and won.

"It's like history, only with more 'achtungs!' and 'schweinhunds'!" (Loaded magazine)"

George Low worked on Commando comic books for forty-four years, retiring as Editor in 2007. Calum Laird is the current Editor of Commando, having been appointed on George's retirement.