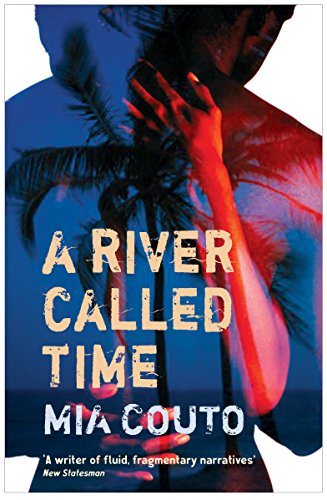 Mariano, who has lived in the city from an early age, is summoned back to his village to attend his grandfather's funeral. But when he arrives, he discovers two things: firstly, that he has been nominated by his grandfather to take over the running of the family affairs, secondly that his grandfather has not died completely, but is in that frontier space between life and death. In traditional belief, he has died 'badly', and something must happen in order for him to be laid to rest. Mariano starts to receive letters supposedly written by his grandfather, telling him about the family. It is through this strange relationship that he discovers the secret of his own birth, while also cleansing his grandfather's conscience. The novel contains a blend of picturesque and sometimes comic characters and situations.

Couto is considered the most-prominent of the younger generation of writers in Portuguese-speaking Africa. In his novels, Couto passionately and sensitively describes everyday life in poverty-stricken Mozambique (Guardian)

Mia Couto is a white Mozambican who writes in Portuguese, perhaps the most prominent of his generation of writers... Couto adroitly captures the chaos and comedy of an abrupt and externally imposed shift in ideologies. No one gets off lightly...The narrative shifts nimbly through a range of registers, from supple wordplay to lyricism. (London Review of Books)

Mia Couto from Mozambique has witnessed his country's tumultous struggle for independence, the drama of revolution, and a protracted civil war as a journalist and editor, a poet and novelist, and an environmental biologist. His novels bind national history to ancestral mythology. They are a vindication of how oral legends can be received in any language...
The story of the home is told in desperate cries, seductive whispers and childish laughter. The novel has much to teach about patriarchy and change in a pre-industrial, post- revolutionary society. It shares, with the best fiction, mystery and revelation. A River called Time transports the reader to an island in which past, present and future co-exist, and the dead retain a vociferous presence.

Couto writes with a strong sense of poetry...there are moments when he offers a window into a strikingly different culture. (Siobhan Murphy London Metro 2008-07-24)

Couto is without a doubt Portuguese- speaking Africa's most recognised writer and journalist - and, on the strength of this book, rightly so... What starts off as a story of family secrets and revelations takes a turn for the whimsical and poetic, with startling results. (Amina Taylor Pride 2008-08-01)