Items related to The Redemption of Alexander Seaton

The Redemption of Alexander Seaton 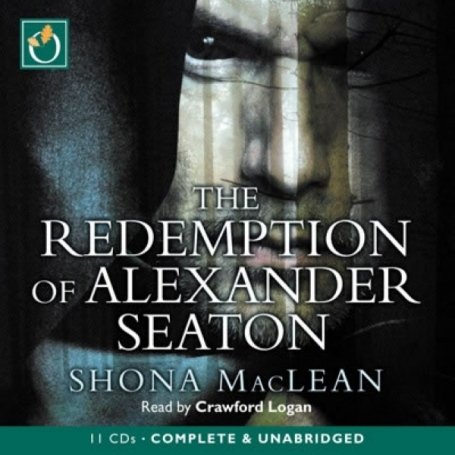 Is the young man merely drunk or does his tottering walk suggest something more sinister? When he collapses, vomiting, over the two whores who find him on that dark wet night, they guess rightly that he's been murdered by poisoning. So begins this gripping tale set in the town of Banff, Scotland in the 1620s. The body of the victim, the apothecary's nephew, is found in Alexander Seaton's school house. Seaton is a school master by default, and a persona non-grata in the town - a disgraced would-be minister whose love affair with a local aristocrat's daughter left him disgraced and deprived of his vocation. He has few friends, so when one of them is accused of the murder, he sets out to solve the crime, embarking on a journey that will uncover witchcraft, cruelty, prejudice and the darkness in men's souls. It is also a personal quest that leads Alexander to the rediscovery of his faith in God as well as his belief in himself. Among her many strengths, Shona MacLean is brilliant at evoking period and place. You feel you are in those cold, dark, northern rooms, eavesdropping on her characters. You are totally involved in the rich, convincing world she has re-created.

'Such is the quality of the recreation, not only of the reeking ebb and flow of everyday life but also of the period mindset that it's easy to believe Satan is walking abroad ... this is an accomplished and thought-provoking debut' Guardian. (Guardian)

A sleuth to rival Shardlake or Cadfael - a mystery that will chill your blood. A must-read for fans of Rory Clements and SJ Parris.