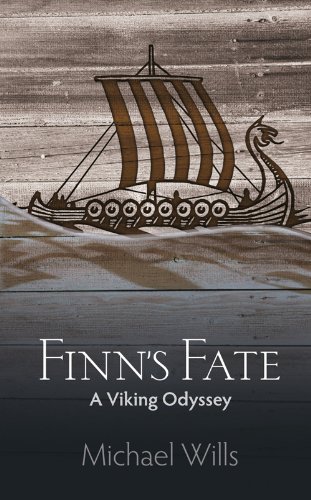 A towering and exhilarating Norse saga, Finn's Fate plunges the reader into the harsh and violent world of the tenth century AD, in which base survival overrides all other human desires, but is closely hounded by wanderlust, greed and desire.

After a disastrous fire ruins their homestead, Finn and his two brothers set out on a dangerous journey toward the Land of the Danes in search of adventure and a better life, a road that takes them into the realm of King Erik of Sweden, slavery and an apparent loss of all hope.

The events that follow bring this saga to a dramatic conclusion, and at the same time throw light on the modern mystery of a mass grave in the Dorset countryside...

Michael Wills was born on the Isle of Wight and educated at St Peter's College, Birmingham. His teaching career has included time working in rural Sweden, a sojourn that first sparked his now enduring interest in Scandinavian history and culture - an interest that after many years of research, both academic and in the field, led him to write this book.