Items related to When England Sank 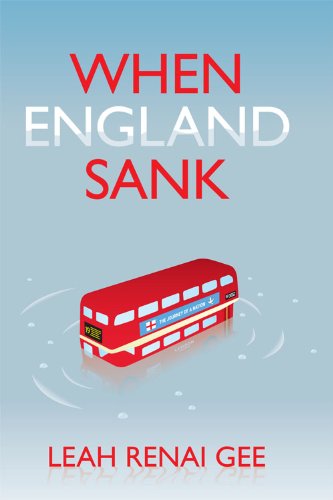 England is sinking (Wales and Scotland too). World leaders meet and plan a mass evacuation, 'Operation Exodus'. In flashback we see some of the lives that are to change irrevocably: a young banker, William, dreams of Atlantis and undergoes a conversion; a student suffers a paralysing insect attack and begins a journey to find her family; a war veteran is set on in the Tube by two teenagers and the attack is shown on the internet; his daughter and her husband live in a bubble of conspicuous consumption which bursts, leaving their marriage in ruins.

The English are scattered to the four corners of the earth. Defeated and humiliated, they become the pariahs of the world, their culture buried, a distant memory. Meanwhile England has sunk into the sea, vanished like Atlantis.

Then slowly they begin to rediscover their identity. Inspired by a new, enlightened form of national faith, they begin to walk, ride and sail across the globe to meet each other, following the guidance from within ...

Leah Renai Gee was born in Nottingham and spent two years of her childhood in Africa. She read English and Modern History at Liverpool University before training as a primary school teacher. She lives in London SE16 and teaches at a school in Rotherhithe.