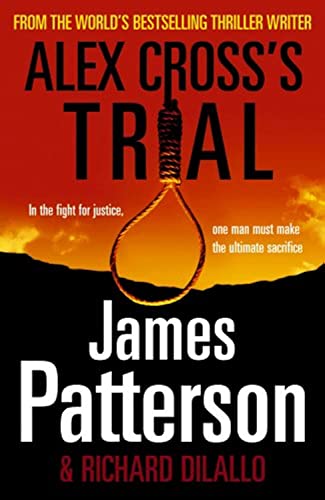 Ben Corbett is a brilliant young lawyer in early-twentieth-century Washington DC. Yet he is a disappointment to his wife and father, who believe he wastes his talents by doing poorly-paid and thankless work helping the poor and downtrodden.

One day, out of the blue, he receives a private invitation to the White House. President Theodore Roosevelt has personally selected Ben to help him investigate rumours of lynchings and a re-emergence of the outlawed Ku Klux Klan in Ben's own hometown of Eudora, Mississippi. Ben accepts the mission handed to him and is given the name of a man in Eudora who will help him in this covert operation - the man's name is Abraham Cross, great-uncle of Alex.

As Ben delves into the murky depths of racial hatred that hide beneath the surface of this seemingly sleepy Southern town, people become suspicious of what he is trying to do, and make it very clear to Ben what he is risking if he continues. Ben must decide if he is willing to lose old friends, his family, maybe even his life, for the cause he believes in.

In his quest to bring about justice for the tortured and tormented black community of Eudora, Ben will have to take on the biggest, most difficult, and most dangerous trial of his life. But can one man fight an entire town, an entire state that is stuck in the past and willing to go to any lengths to halt change and the coming of a future that they desperately fear?

Over the years, James Patterson has consolidated a reputation as one of the most copper-bottomed treasures in the crime genre with his Alex Cross books, and he has perfected a canny (but highly persuasive) economy in his narratives: his clipped, highly charged, pithy chapters possess not an ounce of subcutaneous fat (and frequently move towards some kind of unresolved climax, guaranteeing that we have to turn to the next chapter). Alex Cross’s Trial, the latest outing, is something very different for his quadriplegic investigator, but Patterson (as ever) displays the page-turning skills that are his trademark (assuming, of course, that the bulk of the book is his work – this is another of his many portmanteau efforts; from his army of co-authors, he here utilises Richard Dilallo).

The innovations in Alex Cross’s Trial involve nothing less than Alex himself narrating the story of young Washington lawyer Ben Corbett who lived at the turn of the Nineteenth Century.

Ben is highly adept at his job, but is still regarded by his wife and father as something of a failure, wasting his time (as they see it) by doing unremunerative work for the poor and oppressed. Then, to his amazement, Ben receives a summons to the White House – President Roosevelt, no less, has selected him personally to help look into lynchings performed by a newly emergent Ku Klux Klan.

As an insight into Alex Cross’ background, this is both illuminating and provocative, but James Patterson (and his collaborator) prove quite as adroit at a historical narrative as at a contemporary one. --Barry Forshaw