Items related to Paul Le Guen: Enigma: A Chronicle of Trauma and Turmoil...

Paul Le Guen: Enigma: A Chronicle of Trauma and Turmoil at Rangers 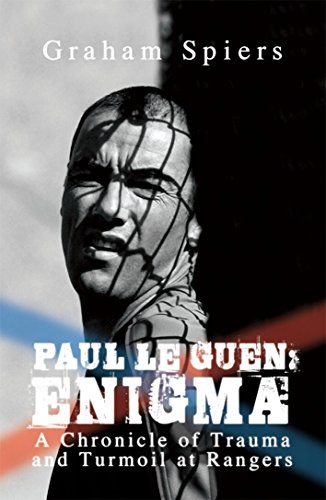 When Paul Le Guen was appointed the new manager of Rangers in May 2006, the news stunned French football and was greeted with fevered excitement in Scotland. Rangers supporters were beside themselves at the news that the 'Coming Man' of European football coaches - the so-called 'new Arsène Wenger' - was on his way to Ibrox. Le Guen had been phenomenally successful with Lyon, winning three successive championships, and David Murray, an embattled Rangers chairman, hailed him as 'a massive moonbeam' heading towards the club.

The marriage of Le Guen and Rangers lasted seven months and ended in disaster. By Christmas, Rangers lagged 17 points behind great rivals Celtic in the league and Le Guen's team played every type of football: good, bad and ugly. After 200 days in the job, the Frenchman simply walked away. Yet many Rangers fans still admire and respect Le Guen, and ask why it was that one of Europe's best young coaches couldn't succeed at Ibrox.

"Intelligent, trenchant and exhaustively researched, Enigma is a fine appraisal of Le Guen's time at Ibrox, but also raises significant questions about Scottish football as a whole" (Book of the Month Four Four Two)

"An intriguing story, well told, worthy of attention by the neutral reader for the insight it offers into both Scottish and French football" (Daily Telegraph)

Graham Spiers is a sportswriter on The Times. He has written for the Sunday Times, The Guardian, the Daily Telegraph and Scotland on Sunday, and was chief sportswriter on The Herald from 2001 to 2007. He also regularly broadcasts on the BBC and STV. Spiers has been honoured seven times at the Scottish Press Awards, including being voted Sportswriter of the Year on four occasions.

1. Paul Le Guen: Enigma: A Chronicle of Trauma and Turmoil at Rangers

3. Paul Le Guen: Enigma, a Chronicle of Trauma and Turmoil at Rangers