Items related to Film Posters of the 90s

Film Posters of the 90s 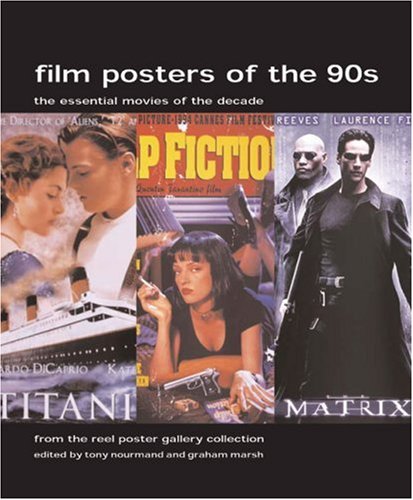 Aurum's series of Film Poster books that have covered all of the decades from 1930 to 1980 have sent the benchmark for the look and design of this genre of book, a format and style that has been much copied. The decades series is brought right up to date with the book that covers the last decade of last century, an era where the blockbuster film became the goal of all of the studios and where special effects came to the fore. Animation moved ahead at a lightning speed and art house movies, particularly from the Orient, became huge global hits due to their quality. These changes were reflected in the movie posters and the collection put together from the Reel Poster Gallery archive looks at the great posters and how different countries market different films, many focusing on using stills from the film but others still using beautifully painted artworks as posters. As with the other books in the series, this woill be a fantastic gift for all mpvie fans as well as design and art students who can see how movie poster design has evolved.

Tony Nourmand is the proprietor of the Reel Poster Gallery in London, from whose collection all the images in this book come. Graham Marsh is a graphic designer who has already collaborated with Tony Nourmand on Film Posters of the 50s, the 60s, the 70s, the 80s, as well as Hitchcock Poster Art.

1. Film Posters of the 90s: The Essential Movies of the Decade

2. Film Posters of the 90s: The Essential Movies of the Decade Nourmand, Tony and Marsh, Graham