Items related to As Music and Splendour

O'Brien, Kate As Music and Splendour

As Music and Splendour 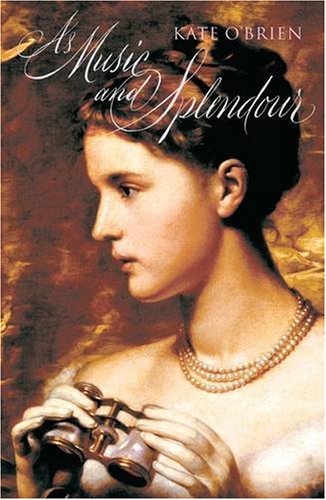 Set in the 1880s and '90s, As Music and Splendour tells the story of two young Irish girls who are sent to Rome for training as opera singers. Rose - red-haired, big-hearted and big-voiced - is soon on track to become a prima donna soprano; Clare, also a soprano but subtler and less glamorous, is more at home with sacred music. While Rose juggles the affections of various men, Clare embarks on a passionate affair with her fellow-student Luisa. As Music in Splendour is a thrillingly readable and romantic novel from one of the very few truly important Irish novelists of the twentieth century.

Kate O'Brien (1897-1974) was the author of nine novels, two of which - Mary Lavelle (1936) and The Land of Spices (1941) - were banned in Ireland, the latter on the basis of a single suggestive sentence. No other Irish novelist of the century wrote with as much authority and subtlety about women, often without men: at home and abroad, in convents, and sometimes in love.