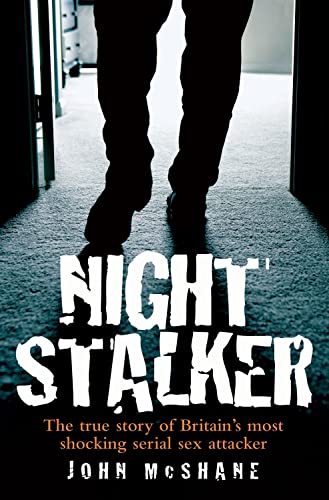 The 'Night Stalker' first struck in 1992, raping an 84-year-old woman in her bungalow in Croydon. What followed was a sickening series of horrifying sexual assaults on elderly victims across south London, Kent and Surrey. All the victims lived alone and were woken in the night by a man dressed in black, his face obscured by a balaclava. He would shine a torch into their eyes, or switch off their electricity, before subjecting them to terrifyingly violent attacks. Detectives at one stage complied a list of 21,000 possible suspects before officers working on Operation Minstead finally made a dramatic arrest in the dead of night. This is the full story of the man dubbed the 'Night Stalker' and the harrowing stories of his South London victims.

John McShane worked as a reporter in Fleet Street covering conflicts in Africa, the Middle East and Ireland before becoming associate editor of "The Daily Mirror" and "The Sunday Mirror." His is the author of the highly-acclaimed biography of Arsenal favourite Perry Groves "We All Live in a Perry Groves World." He is married with three children and has homes in London and Spain."