Items related to Jade Goody: How It All Began - My First Book

Goody Ph.D, Jade Jade Goody: How It All Began - My First Book

Jade Goody: How It All Began - My First Book 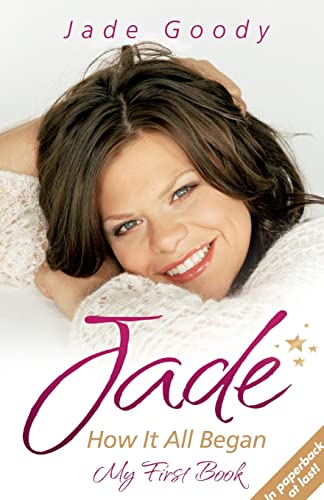 The moment Jade Goody stepped into the Big Brother house in 2002, her life changed forever. As soon as she opened her mouth on national TV, Jade secured her place as the unofficial winner of the third series of Big Brother and became the most famous reality TV star in the UK. The glitz and glamour of Jade s sudden fame was a far cry from the real-life drama of the estate where she made her start. Brought up in a run-down part of Bermondsey, South London, caring for her disabled mum and with her dad in and out of prison, she had experienced more by the time she started secondary school than most people do in their whole lifetime. But Jade always lived her life with incredible spirit and that is what endeared her to millions of people during her time on Big Brother. Behind the bubbly exterior, though, there was a tough and fiercely determined lady. Jade was always the first to admit that she had made mistakes and there were many trials and tribulations along the way. But when she was diagnosed with cervical cancer in 2008, she faced the toughest battle of her life, in the full glare of the national media. Jade fought with dignity and unbelievable strength of character, never giving up hope and always striving to do the best she could for her beloved boys, Bobby and Freddy. In this, the second instalment of her autobiography, Jade spares no detail as she reveals all about her time in therapy, her tempestuous relationship with the love of her life, Jack Tweed (who she married in February 2009) and the trauma of her cancer diagnosis. Funny, moving and disarmingly honest, Fighting to the End truly is a fitting tribute to one of Britain s best loved celebrities.

Jade Goody was born and brought up in Bermondsey, south London, where she lived with her mother Jackiey. She shot to fame in 2002 after her appearance in the third series of Big Brother. Since then Jade balanced TV and magazine work with various other business ventures. Jade sadly lost her fight with cancer on Sunday 22 March and leaves behind her beloved family and friends including her husband Jack Tweed and her two sons, Bobby and Freddy.