Items related to Rilke in Paris 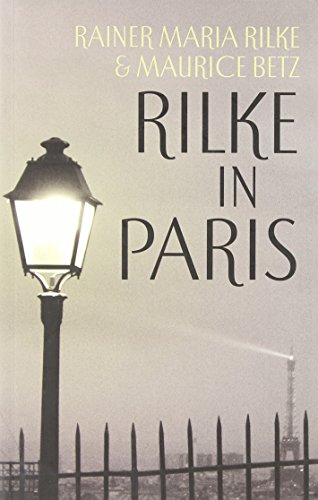 In 1902, the young German writer Rainer Maria Rilke travelled to Paris to write a monograph on the sculptor Auguste Rodin. He returned to the city many times over the course of his life, by turns inspired and appalled by the high culture and low society. Paris was a lifelong source of inspiration for Rilke. Perhaps most significantly, the letters he wrote about it formed the basis of his prose masterpiece, 'The Notebooks of Malte Laurids Brigge'. This volume brings together two stunning translations by Will Stone - a new translation of Rilke's essay on poetry, 'Notes on the Melody of Things', and the first English translation of Rilke's experiences in Paris as observed by his French translator, Maurice Betz.

Rainer Maria Rilke (18751926) is one of the great German writers. A master of both poetry and prose, he is probably best known for Duino Elegies, Letters to Orpheus, and The Notebooks of Malte Laurids Brigge. Maurice Betz (18981946) was a writer and translator who worked closely with Rilke on the French translations of his works.
"

Book Description Paperback. Condition: Very Good. The book has been read, but is in excellent condition. Pages are intact and not marred by notes or highlighting. The spine remains undamaged. Seller Inventory # GOR005654408