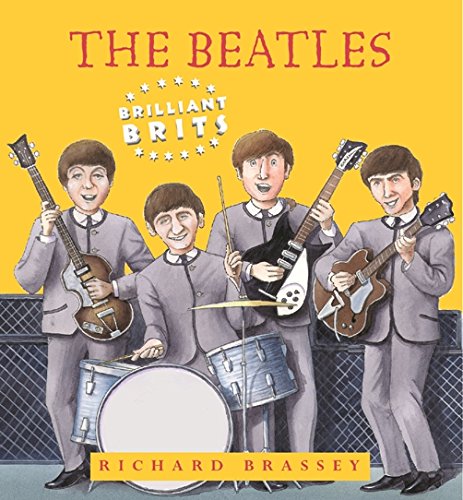 Children may think of The Beatles as figures from history, but everyone's heard of them and this introduction to them will have enormous appeal. Richard Brassey tells the story of their childhood, rise and eventual breakup in comic, colourful pictures, funny captions, and concise and witty text. With its small format and 24 packed pages, it is lots of fun to read and look at and will entertain all Beatles fans.

"¿a great way to get your kids interested in history¿A quirky blend of cartoon strip-style illustration and fascinating facts. Fun Stuff." (Sainsbury's Magazine)

"Brassey's colourful, comic-strip layout is easy to read and these attractive little paperbacks convey a surprising amount of information in a very palatable form." (Scotsman, 25 October 2003)

"It might only be a little book, but it tells a notable chapter in Britain's popular culture in great style. It's Brassey's illustrations that win the day." (Manchester Evening News, 8 March 2002)