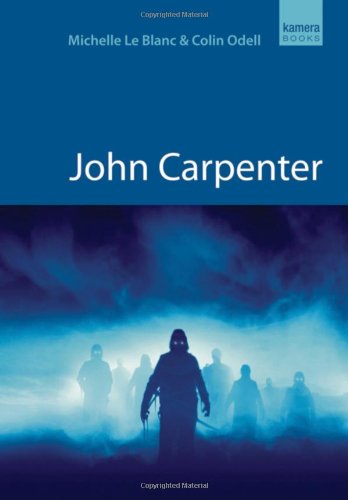 From his hands-on filmmaking style to his writing and his composing--an indispensable guide to the ultimate cult auteur One of the most iconic directors of American cinema, John Carpenter has astonished audiences the world over with his tightly crafted horror, thriller, and science-fiction films. Not just a director, Carpenter's talents also extend to writing the screenplays and soundtracks to many of his films, and this guide covers his work as a director, composer, writer, and producer. It examines Carpenter's influences and style and the films that have, in turn, been influenced by him. From the existential comedy classic Dark Star through to the terrifying smash hit Halloween, the taut siege of Assault on Precinct 13 to the visceral Vampires there's action and tension all around. But it's not all ghosts from The Fog or horrific mutations in The Thing, there's time for romance in the science-fiction road movie Starman and even for the King himself in the superior bio-pic Elvis: The Movie. John Carpenter's films are always memorable, distinctive, and unashamed of their genre roots.

John Carpenter has been setting trends and exciting audiences for a quarter of a century. His first two features were a double-whammy virtually unparalleled in modern cinema - the urban re-working of Rio Bravo, Assault on Precinct 13 (1976), followed by the first and defining slasher movie, Halloween (1979). Since then Carpenter has worked with low and big budgets, directed stars and unknowns, and enjoyed commercial success and suffered critical failure. But he has consistently produced a stream of entertaining, unpretentious movies some of which - particularly Escape from New York (1981) and The Thing (1982) - are now regarded as modern classics. In their Pocket Essential to John Carpenter, Michelle le Blanc and Colin Odell examine and rate every film by this prolific director.

Book Description Condition: Very Good. Ships from the UK. Former library book; may include library markings. Used book that is in excellent condition. May show signs of wear or have minor defects. Seller Inventory # GRP75106627

Book Description Paperback. Condition: Very Good. The book has been read, but is in excellent condition. Pages are intact and not marred by notes or highlighting. The spine remains undamaged. Seller Inventory # GOR007568494